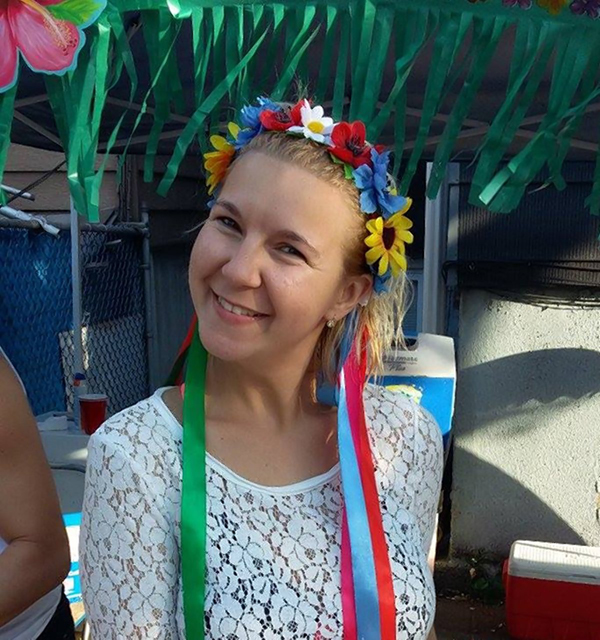 The city is revamping a perilous West St. intersection where a cyclist was killed this summer, adding a number of safety measures in a project scheduled to conclude before the end of November.

The changes come in the wake of the death of Olga Cook after she was fatally struck by an allegedly intoxicated driver at Chambers St. as she cycled down the Hudson River Greenway on June 11, and while her husband wishes the safety improvement had been made years ago, he feels some vindication that her fate put enough political pressure on the city to take steps to prevent future deaths.

“At the end of the day it’s all politics,” said Travis Maclean, “but the fact they acknowledged the issue is good. Hopefully nobody else will have to deal with a tragedy that should have never happened in the first place.”

In addition to adding high-visibility crosswalk markings and replacing missing bollards, the city will be adding an additional signal phase for traffic lights at the intersection, so that motorists turning onto Chambers St. from West St. will never share the right of way with pedestrians and bicyclists crossing Chambers St.

That change, if it was made sooner, might have prevented Cook’s death in June — she was heading north along the greenway crossing Chambers St. just as a motorist heading south on West Street hung a right, leading to the collision that claimed her life.

The safety enhancement will come at the cost of less green-light time for bicyclists and pedestrians crossing Chambers St. along the greenway, who will have 49 seconds of right-of-way as opposed to 79.

The trade off, however, should be well worth it, according to one city traffic engineer.

“The one downside is bikers will have less green time, but what green time they do have, they won’t have to worry about bozos turning into them,” said Greg Haas, a city planner for the Department of Transportation, who shared the city’s plans for the West St. intersection at a meeting of Community Board 1’s Battery Park City Committee.

Community members praised the city for working quickly to institute safety reforms in the wake of Cook’s death.

“Considering how long it takes for certain things to happen in government, this is relatively fast,” said Ninfo Segarra, chairwoman of CB1’s Battery Park City Committee. “So we appreciate it.”

Not everyone is satisfied with the speed at which the city is working to improve safety at the hazardous intersection, however, which has been the site of 17 crashes that resulted in serious injuries over the past five years, four of which involved south-bound traffic turning onto Chambers and colliding with bicyclists or pedestrians.

“The city should make these type of safety improvements routine, not fixes after the fact,” said Paul White, executive director of Transportation Alternatives, an organization that promotes bicycling and safe streets.

White feels that the city didn’t go far enough in its efforts to improve safety at the intersection, and that cyclists shouldn’t have to rely on drivers heeding traffic signals to prevent accidental collisions. Instead, the city should install physical measures — such as raising the greenway slightly above street level as it crosses Chambers St. and adding safety islands in the middle of the intersection, which would force motorists to turn more slowly and deliberately, according to White.

“High visibility crosswalks and signal changes are not enough,” White said. “To prevent further loss of life, the DOT must also install safety islands in the crosswalk to prevent motorists from making fast sweeping turns, and elevate the crosswalk so that the greenway continues at an elevated grade through the crosswalk, creating a speed table. These two measures should be made standard wherever a class one bike facility intersects with a roadway.”

After the safety improvements are installed, the city’s transportation department will study their effects on traffic and safety at the intersection, according to Haas.

If the city is satisfied that the changes are beneficial, he said locals can expect to see similar changes to additional West St. intersections south of Chambers St. as early as April next year.